The Data Open Championship, sponsored by Citadel LLC and Citadel Securities in partnership with Correlation One, is the largest and most prestigious university-level data science competition in the world. Over 7,000 students from over a dozen countries participated in this year’s competition, which included 11 live regional events, culminating in a global championship event. The championship is typically held at the New York Stock Exchange, but given the risks posed by COVID-19 this year, participants from around the world joined together through Zoom.

The Data Open Championship took place on Monday, April 6th, and featured the top 20 teams from the regional datathon competitions. For the championship event, each team analyzed a series of datasets related to E-Commerce, and then prepared a written report and presentation showcasing their data-driven strategies to optimize performance within the space. Each team was evaluated based on their submission's technical rigor, investigative depth, creativity, and real-world impact.

The winning team featured Lewis Gudgeon (PhD, Imperial), Paul Pritz (PhD, Imperial), Frederick Sluzaly (MSc, HEC Paris), and Sam Werner (PhD, Imperial). The team was awarded $100,000 for their report and presentation, which analyzed the causal relationship between delivery time and customer satisfaction and provided recommendations for E-Commerce platforms to achieve a competitive advantage and retain customers. The team was invited to the championship after winning the European Regional Datathon, which was hosted in London in March and carried a $20,000 top prize.

Citadel and Citadel Securities partners with Correlation One on “talent magnet" events to attract the world’s brightest aspiring data scientists and software engineers.

Learn more about Correlation One and our suite of talent technology solutions here. 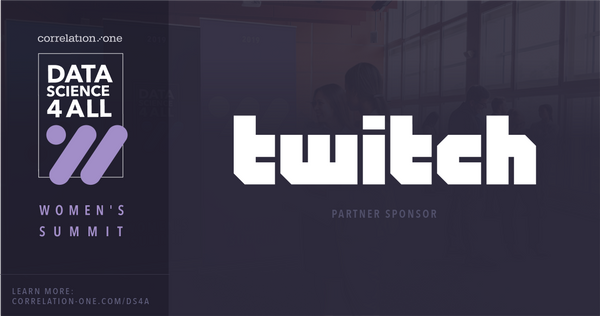 We are thrilled to announce that Twitch is a lead partner of Data Science for All: Women’s Summit in San Francisco. The program, developed and managed by Correlation One, occurs from March